We are a diverse and growing team. Our founders and leaders are scientists and physicians who are passionate about transforming patients’ lives by creating the breakthrough therapeutics they so desperately need.

Executive Leadership
Board of Directors
Scientific Advisory Board 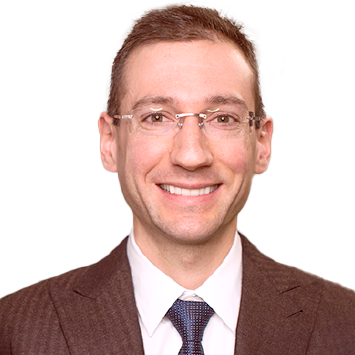 Dr. Matt Angel, PhD, is currently the interim CEO, bringing a wealth of biotechnology executive experience to Eterna. He led Factor Bioscience Inc. as CEO since its founding in 2011 and was co-founder of Novellus Therapeutics and Exacis Biotherapeutics. Dr. Angel possesses deep experience in cell therapy product development, intellectual property protection and licensing, and contract negotiations, including collaboration and licensing agreements. He has raised more than $150 million through grants, equity financings, and mergers and acquisitions. A pioneer in mRNA technology, Dr. Angel is a prolific inventor with more than 100 patents covering mRNA, nucleic acid delivery, gene editing, and cell reprogramming technologies. Dr. Angel received his PhD from the Massachusetts Institute of Technology, where he studied immunology and synthetic RNA. 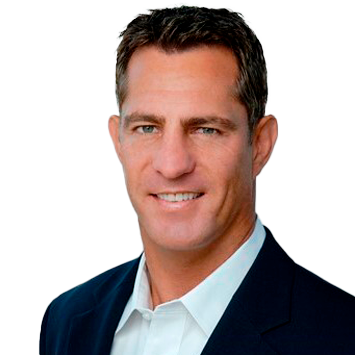 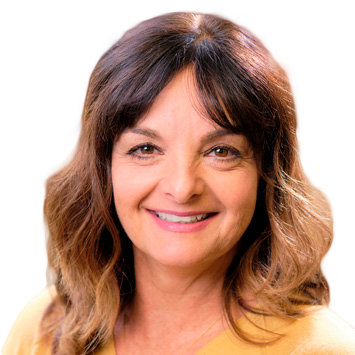 Sandra Gurrola has served as Eterna’s Vice President of Finance since June 2021. Prior to that time, she served, from March 2021 to June 2021, as the senior vice president of eGames.com Holdings, LLC and as a consultant to Eterna Therapeutics Inc. Ms. Gurrola was the Senior Vice President of Finance to NTN Buzztime, Inc. (“NTN”) from September 2019 to March 2021 and its vice president of finance from 2014 until September 2019. From 2009 to 2014, she served NTN in various leadership accounting roles, including director of accounting, director of financial reporting and compliance, and controller. From 2007 until 2009, she was senior manager of financial reporting for Metabasis Therapeutics, Inc., a biotechnology company. Ms. Gurrola holds a BA in English from San Diego State University. 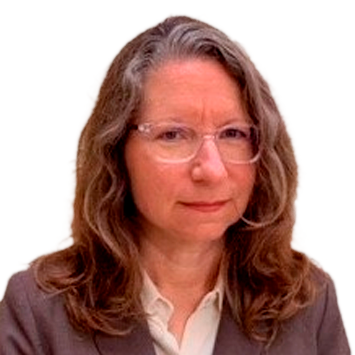 Susan McClatchey has 28 years of experience for Quality in biotherapeutic industry; 16 years in Cell Therapy experience (Cosmo Bioscience; ViaCyte) and 11 years in Biologics and Blood Banking (IDEC Pharmaceuticals, American Red Cross) with expertise in development and implementation of Quality Management Systems and the Quality Control function for support of Pre-Clinical and Clinical stage manufacturing; planning and implementation QMS for combination products, including design controls and ISO 13485 compliance for medical devices. Ms. McClatchey holds a BAS in Biology from California State University San Marcos. 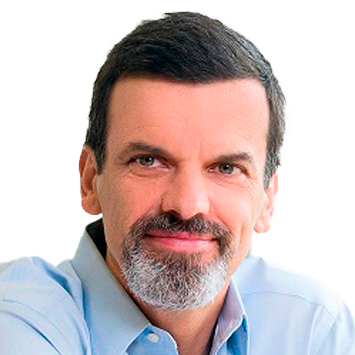 Charles Cherington co-founded Ara in 2017, co-heads the firm alongside Troy Thacker, and is a member of the firm’s Investment Committee. He has more than 25 years of private equity experience in the industrial, energy and chemical industries in which he has executed over 50 transactions. Charles’ ten most recent investments have all targeted carbon reduction in the industrial and chemical industries. Prior to co-founding Ara, Charles founded Intervale Capital in 2006 after successfully managing two smaller private equity firms focused on industrial buyouts. Charles previously worked for Lochridge & Company, a strategy consulting firm. Prior to that, Charles worked for the Vietnam Fund in Hanoi and Saigon. After graduating from business school, Charles’ first job was with Credit Suisse, in municipal finance. Charles holds a Bachelor of Arts in History from Wesleyan University and a Master of Business Administration, with honors, from the University of Chicago. Charles has long been active in the land conservation movement. He serves on the Board of Directors of The Conservation Fund, a national land conservation organization. Charles and his wife Ashley have donated more conservation easements in the State of Vermont than any other individual or private entity.

Dr. Matt Angel, PhD, is currently the interim CEO, bringing a wealth of biotechnology executive experience to Eterna. He led Factor Bioscience Inc. as CEO since its founding in 2011 and was co-founder of Novellus Therapeutics and Exacis Biotherapeutics. Dr. Angel possesses deep experience in cell therapy product development, intellectual property protection and licensing, and contract negotiations, including collaboration and licensing agreements. He has raised more than $150 million through grants, equity financings, and mergers and acquisitions. A pioneer in mRNA technology, Dr. Angel is a prolific inventor with more than 100 patents covering mRNA, nucleic acid delivery, gene editing, and cell reprogramming technologies. Dr. Angel received his PhD from the Massachusetts Institute of Technology, where he studied immunology and synthetic RNA. 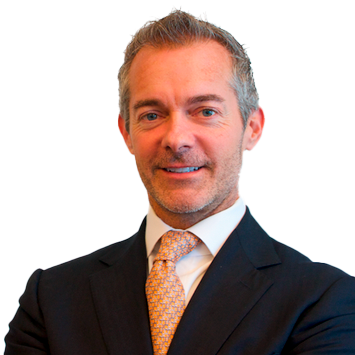 Dr. Gregory Fiore, MD, is a co-founder and is the President and Chief Executive Officer of Exacis Biotherapeutics. He is a pharmaceutical/biotechnology executive and entrepreneur and is a co-founder and former CEO of Sollis Therapeutics, where during his tenure as CEO he raised ~$50M in funding from state grants as well as strategic venture investors. He oversaw the regulatory strategy development and initiation of pivotal clinical trials for the company’s lead compound. Before this he provided C-level medical support as consultant and acting Chief Medical Officer for several early-stage biotechnology companies through two consultancies he founded. Dr. Fiore was the first CMO of The Medicines Company, held a variety of leadership roles at Merck and Abbott Laboratories, and spent time as a management consultant at McKinsey and Company. Dr. Fiore completed an Internal Medicine internship and residency as well as received clinical Pulmonary / Critical Care training at Harvard Medical School and received his MD degree from New York Medical College. 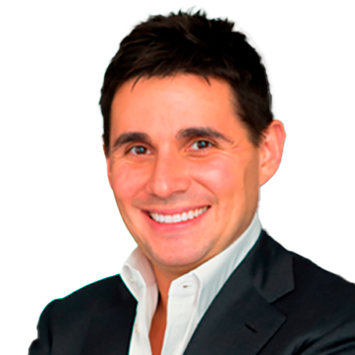 Nicholas J. Singer has over 20 years of experience in finance and investments and is the Founder and Managing Member of Purchase Capital. He is also the Founder and Executive Chairman of United Parks, Chairman of IntegriCo Composites, the Chairman of OWYN (Only What You Need), a Board Member of Eterna Therapeutics, a Board Member of the National Medal of Honor Museum Foundation, a Trustee of the Pérez Art Museum Miami, and a member of the James Madison Council at the Library of Congress. 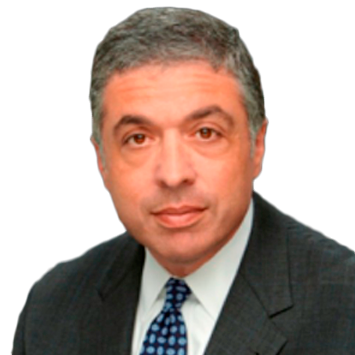 Bill Wexler has worked on over 150 individual projects, serving in various capacities including: Chairman; Chief Executive Officer; Chief Restructuring Officer and other designated roles of senior responsibility. Since 2017, he has served as Chairman of the Board and Chief Executive officer of Homer City Holdings, LLC which owns and operates a multiple unit merchant power plant which is located in western Pennsylvania. From July 2012 to December 2019, he served in various roles, including as Chairman of the Board, Chief Executive Officer and sole Director and shareholder representative of Upstate New York Power Products, Inc. which owned and operated merchant power plants throughout upstate New York. From January 2012 to April 2013, Mr. Wexler served as Chief Restructuring Officer of VMR Electronics, LLC, a manufacturer of cable assembly products for the electronics interconnect industry. Between 2006 and 2011, he served as a managing director and national finance practice lead at BBK, Ltd., a turn-around advisory firm. From 2002 to 2005, he served as Group Managing Director of Corporate Restructuring at Huron Consulting Group, LLC. From 2000 to 2002, he was a Managing Director at Berenson Minella & Co., a boutique investment-banking firm. Between 1986 and 2000 he served as a Senior Director at BNP Paribas, where he established and led Paribas Properties, Inc., a real estate investment arm of the bank. In addition, he was a Senior Officer in the bank’s North American asset workout group. Mr. Wexler began his career in 1981 in commercial lease brokerage, asset management and investment sales at Jones Lang Wootton. He earned a BA in Political Science from Johns Hopkins University. 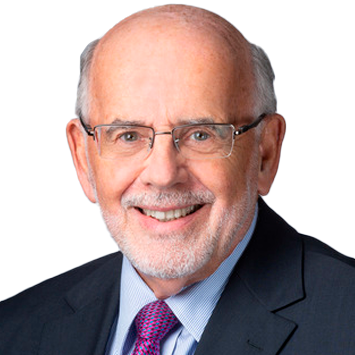 Dr. Michael Andreeff, PhD, received his M.D. and Ph.D. degrees at the University of Heidelberg, Germany, and additional training and faculty appointments at the Memorial Sloan-Kettering Cancer Center (MSKCC) in New York, NY, in the Departments of Pathology and Leukemia.

He is Professor of Medicine and holds the Paul and Mary Haas Chair in Genetics at The University of Texas MD Anderson Cancer Center. He has received uninterrupted NCI funding for over 30 years, serves as Principal Investigator of the P01 grant entitled “The Therapy of AML”, participates as Principal Investigator in the MD Anderson Cancer Center Leukemia, Lymphoma, Ovarian and Breast Cancer SPORE grants, the CML P01 and additional R21 and R01 grants. He has published over 639 peer-reviewed papers, 5 books and 75 book chapters

Dr Andreeff’s group has worked extensively on drug resistance in hematopoietic malignancies and breast cancer and developed or co-developed several new therapeutic agents including the novel triterpenoids CDDO and CDDO-Me and Bcl-2-, XIAP-, surviving-, MEK- and HDM2- inhibitors. Over the last decade, his group has made major contributions to the understanding of micro-environment-mediated drug resistance and developed strategies to exploit the underlying mechanisms for the treatment of hematopoietic and epithelial malignancies. His group reported the role of bone marrow-derived multipotent mesenchymal stromal cells (MSC) in tumor stroma formation and developed therapeutic strategies based on this discovery. 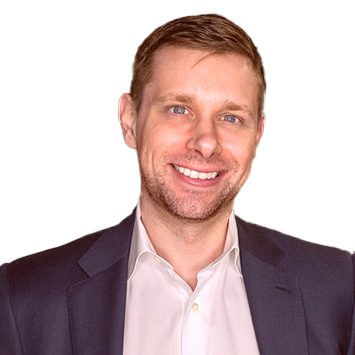 Dr. Christopher Rohde, PhD, is the co-founder and Chief Technology Officer of Factor Bioscience, which he joined in early 2012 following the completion of his Ph.D. at the Massachusetts Institute of Technology. Dr. Rohde is also the co-founder of Novellus Therapeutics, where he served as President until its acquisition by Brooklyn in 2021. Chris has extensive experience developing mRNA technologies and technologies for high-throughput and high-content screening and is the named inventor on more than 100 patents. His work is described in numerous peer-reviewed publications, and has been covered by Technology Review, Nature, Bioscience Magazine, Analytical Chemistry, The Economist, and many others.